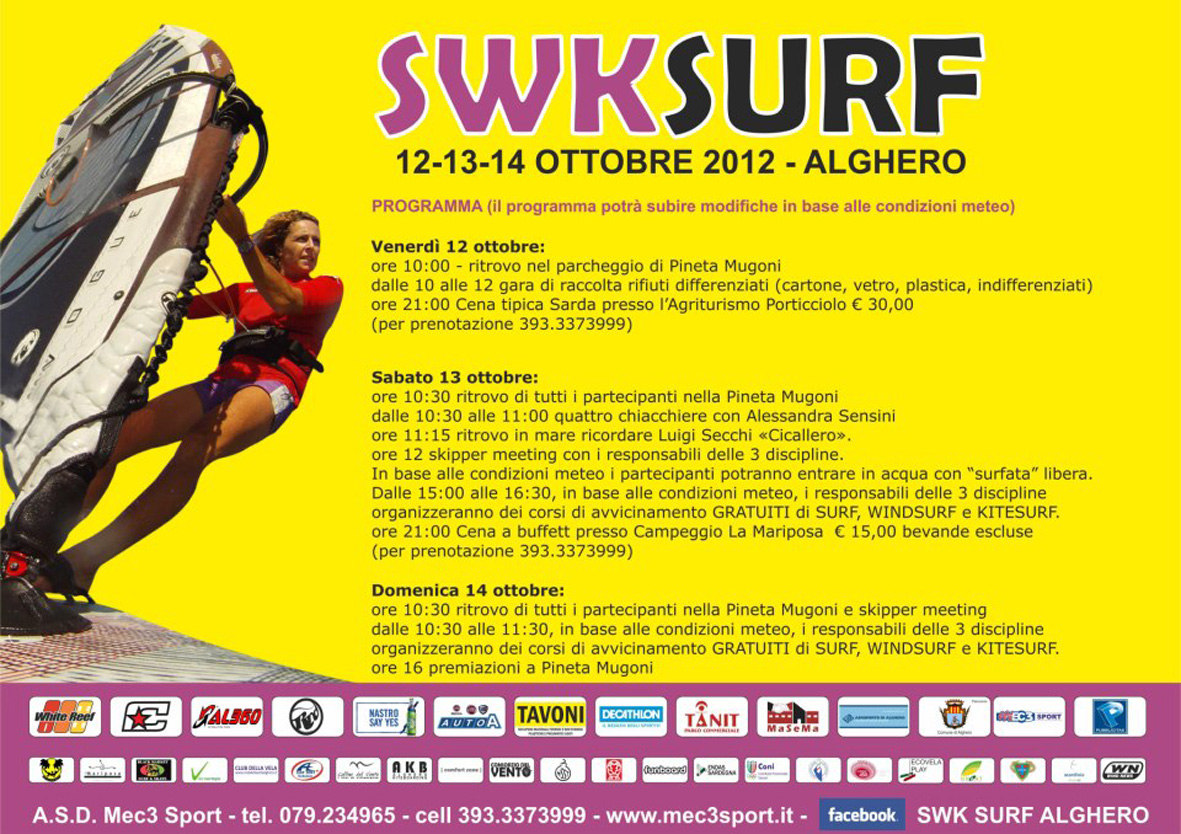 Colline del Vento is sponsor of the second edition of the SWKSURF of Alghero which will take place in Alghero from 12th to 14th October 2012, together with the Olympic champion Alessandra Sensini. Three days of fun, relax and for many the occasion to discover a different Sardinia, wonderful and welcoming in all the seasons. This was the meaning of the second edition of the SWS surf which, between Mugoni and Porto Ferro, from 12th to 14th October gathered 110 fans of surf, windsurf and kitesurf coming from Sardinia and Italy. This year there will also be a distinguished guest: the Olympic champion Alessandra Sensini. 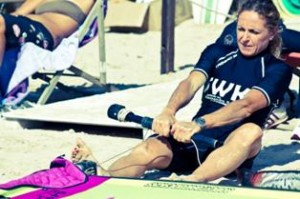