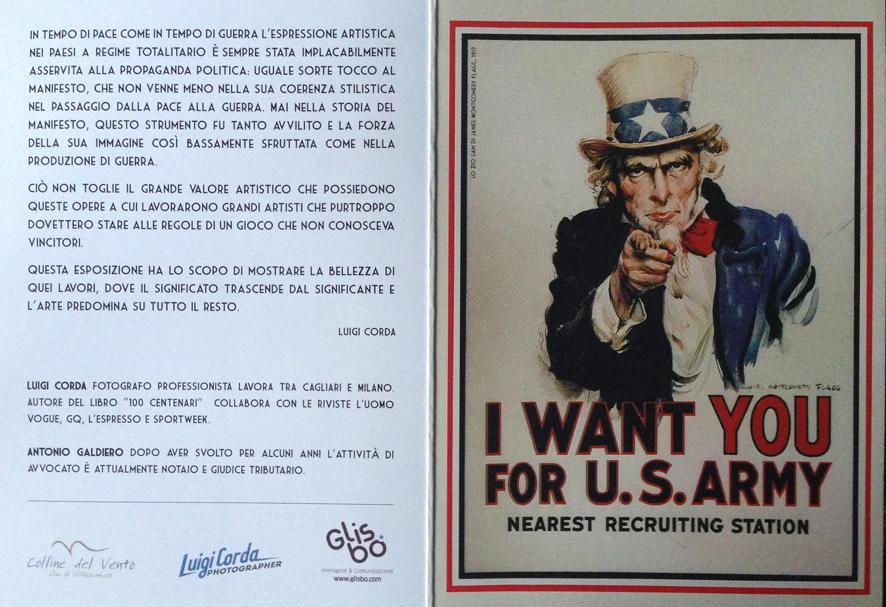 Colline del Vento is sponsor of the exhibit I want you for U.S. Army which will be held the 4th October 2013 in the Centre “Via Biasi Quattordici”. Both at peace and at war the artistic expression in the totalitarian countries has always been subordinated to the political propaganda: same destiny for the manifesto which kept its consistency in the transit from war to peace. Never in the story of the manifesto, has this instrument been so dishonoured and the force of its image so exploited as in the production of war.